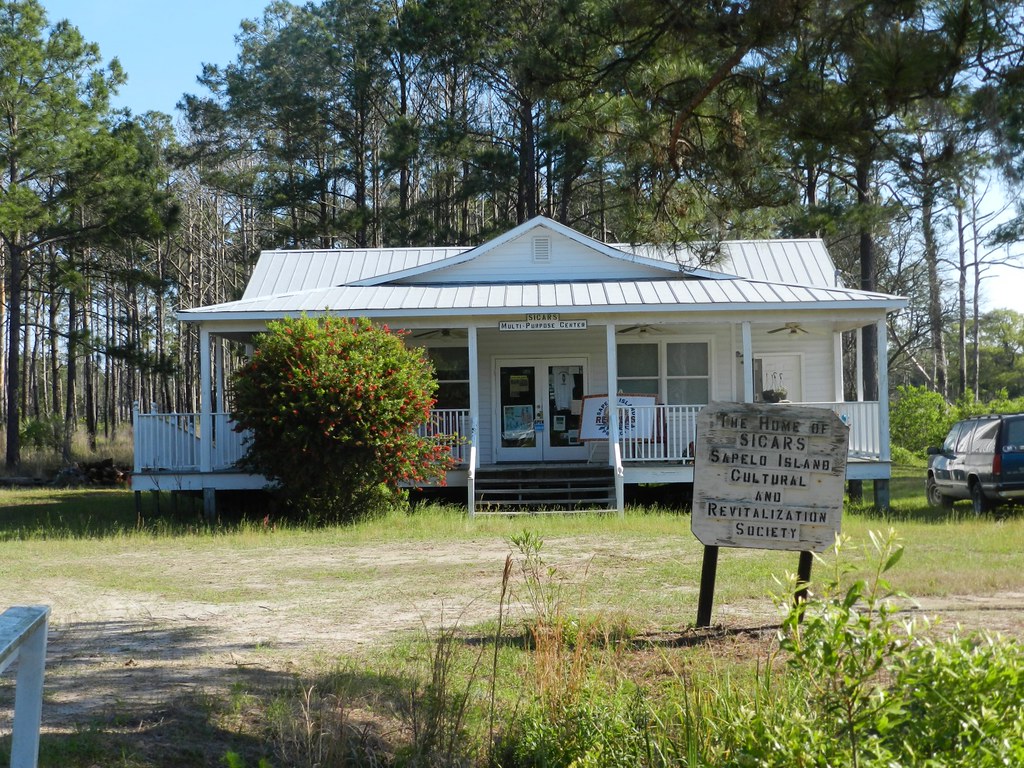 The Plight of Sapelo

The Sapelo Island Cultural & Revitalization Society (SICARS) is working to revitalize Hog Hammock, the last Gullah/Geechee community in the Sea Islands of Georgia. The residents of Hog Hammock including JR Grovner, your tour guide, are descendents of the slaves brought to the United States in 1802. During the last two hundred years, the community has developed a rich tradition of folk arts and crafts, a unique language, and its own music, storytelling, cuisine, and dance.

By nature, islands have very limited availability of land. For the residents of Sapelo Island, the  land squeeze is intensified by several factors. Sapelo Island has 16,000 acres of salt marsh, maritime forest, beach, and dune areas. R.J.Reynolds, Jr., who owned a large part of the island, created the Marine Institute of the University of Georgia and forced the Gullah communities to be moved inland to Hog Hammock. At one time, there were five Gullah settlements on the island. This move caused the Gullah community's infrastructure, based on farming and fishing, to fail. Unable to make ends meet, most of the residents left the island at this point. After Reynolds death, the northern two thirds of the island were sold to Georgia's Department of Natural Resources (DNR) forming a State Wildlife Management Area leaving roughly 450 acres for the residents in the interior section of the island.

SICARS was established in 1993 to increase viable economic opportunities for mainstream society. Today Hog Hammock has 70 residents. If the Gullah community is to stay together, residents must have land on which to live, and work that can support a the residents of Hog Hammock, and to protect the Gullah culture from being bulldozed by family and pay for the taxes on the land. SICARS has formed a Community Land Trust to help prevent land being sold away from the community. To preserve the cultural resources of the Gullah community, SICARS has created an oral history project and Gullah craft-teaching project. The organization has begun a clam aquaculture project and is fostering the development of other sustainable businesses on the island, mostly in the tourism sector, and in the sale of arts and crafts.