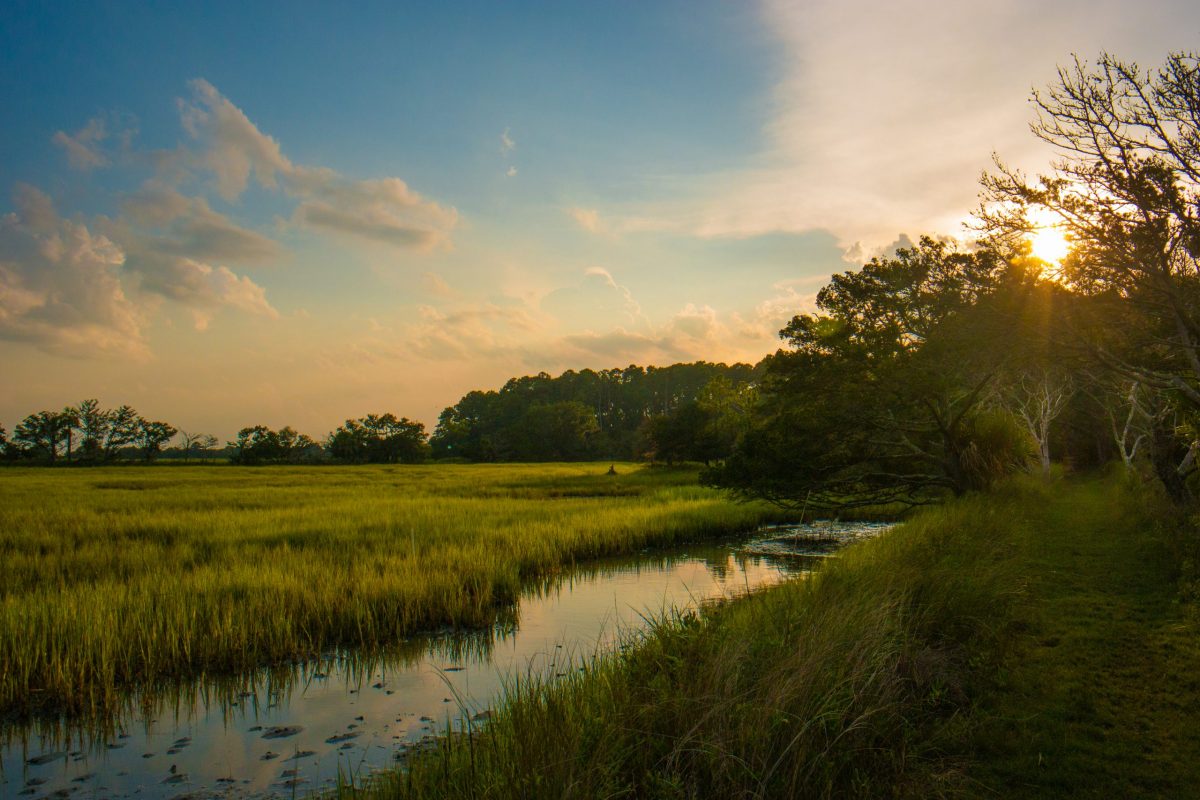 Sapelo Island is a 25-minute ferry ride.  For information on some of the sights, you'll see on Sapelo, visit our Tour Information Page.

JR Grovner is a native of Sapelo Island and knows the island like the back of his palm with years of guiding experience.

With Sapelo Tours you experience more than just a tour of Sapelo Island... you go on a journey! Take a Journey of Sapelo Island with JR Grovner, a direct descendant of slaves brought to Sapelo in the early 1800s to work the plantations. Explore Native American shell mounds, visit the tabby ruins of an old French estate, check out Nannygoat Beach, tabby ruins of the slave cabins, and see the newly-restored Sapelo Lighthouse.

You can only reach Sapelo Island by boat… either that or a grueling 7 mile swim across the intracoastal. So your half-day Sapelo tour begins with a 25-minute dolphin- and pelican-sighting “mini-cruise” from Meridian Dock. Your tour guide, JR Grovner, was raised on Sapelo Island. For eight generations, JR’s family has called Sapelo home. For deep insights into the Georgia coast, Sapelo Island, its natural beauty, and its fascinating human history, you just can’t do better. 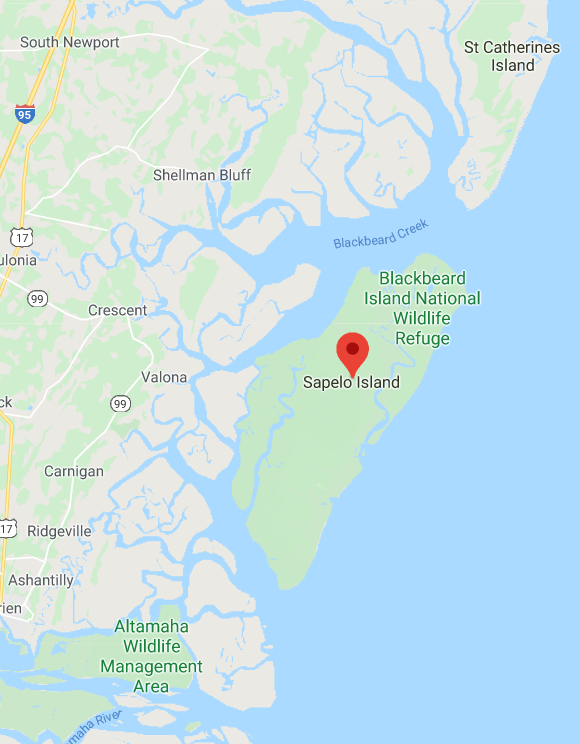 For the Nature Lover.

On your 25-minute ferry ride over to Sapelo, keep an eye out for the dolphins that frequent Doboy Sound. Sapelo and adjoining Blackbeard Islands are where sea turtles nest and hatch their protected young from May to October.

Your tour will include 30 minutes to beachcomb at Sapelo’s Nanny Goat Beach. It’s where those giant sea turtles love to nest. Sapelo’s nature trail, near the beach (plan an extended Sapelo visit to take full advantage), takes you through six ecosystems from the beach at low tide to the high ground pine and live oak trees.

During your visit, notice the twice-daily rhythms of Sapelo’s tidal creeks and marshes. If the sea and surf weren’t enough, eagles are known to nest in the tall pine trees in Sapelo’s interior. You may be lucky enough to glimpse one soaring overhead. Sapelo is also home to heron, egrets, alligators, deer, wild pigs, and feral cattle … keep an eye out for their tracks, especially near the water’s edge.

For the History Buff.

Your Sapelo tour will include the Sapelo Lighthouse, which once guided tall-sail timber ships in and out of Doboy Sound en route to Darien, the one-time timber capital of the Atlantic coast. Check out the Civil War cannon emplacement near the lighthouse and imagine Union and Confederate ships and blockade runners vying to reach (or blockade) the port of Darien.

Ask JR about Sapelo’s prehistoric Indian shell mounds; find out how adjoining Blackbeard Island got its name (hint: piracy was involved); and how numerous “tabby” slave cabins have survived the elements on Sapelo. Ask JR why Sapelo’s first rice, cotton, and sugar plantations were started by French noblemen; how Sapelo’s plantations, owned by a U.S. Congressman and Agricultural Scientist, were actually operated day-to-day by an African scholar named Bilali.

You’ll ride through the Hog Hammock community, stopping in at its diminutive General Store for a cold drink and snack. Along the way, JR can explain which African traditions have survived on Sapelo for over 240 years since the Middle Passage. Closer to modern times, JR will tell how a pioneer auto engineer entertained President “Silent Cal” Coolidge at Christmastime here in the Roaring 20’s; exactly where Charles Lindberg landed his Spirit of St. Louis on Sapelo; and how the modern science of ecology took root right here, where UGA still carries on its world-class environmental research focused on the unique role of coastal marshlands.

Explore Sapelo with the inside knowledge that only a Sapelo native can provide.

How do I sign up for a tour? Expand

How long does the tour last and what can I expect? Expand

The tour typically takes about 2 hours once you arrive on Sapelo. We travel by bus to several sights all listed here.

How do I get onto Sapelo? Expand

Follow the directions to Meridia where the ferry will pick you up and drop you off on Sapelo. The ferry takes about 20min from Meridia to Sapelo.

What Other Are Saying

Over a period of the last 40 years the most popular of the Golden Isles Tours had to be Sapelo Island hands down. First you board the Sapelo Queen for a half-hour ride that has to be experienced to believe. You will arrive in the community of Hog Hammock. You will meet descendents of Spaulding owned slaves. And learn of the prehistoric Native Americans who once inhabited this island. AWESOME! - Bonaventure Cemetery Journeys

Our group had a wonderful day with Mr. JR Grovner! The tour was amazing. We had lunch on the beach! It was a day well spent and worth every dime! We were also fortunate enough to see a Sweet Grass weaving demonstration with Ms. Yvonne! - Arlene Cameron-Lloyd